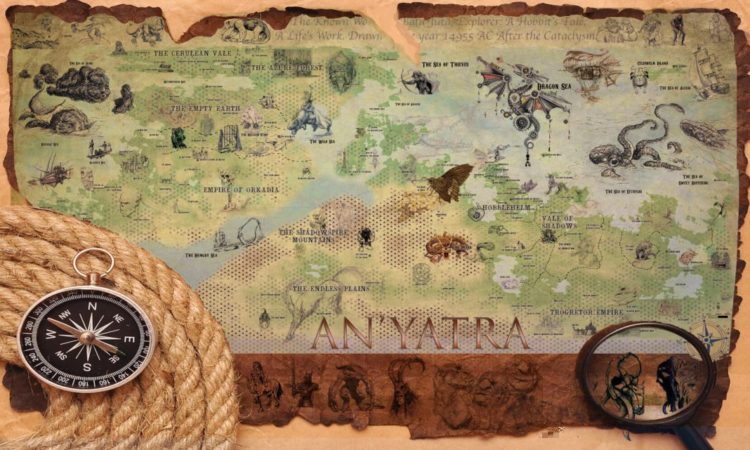 So with my Existential Mystery tale Where the Wicked Rest is currently in mired in the necessary and focussed world of editing limbo I’ve spent the last couple weeks emerged in a new project, serious world building for a Young Adult fantasy novel I have in the works. To tackle something as massively Tolkienian as heavy-duty blueprint Worldbuilding I decided to take advantage of the resources found in the Game Writing Academy at the University of British Columbia (UBC) with game writer Sean Smillie.

The cool thing about taking this in-depth approach before I take my 40 page short story “Elsewhere” and outline a full-length novel is that so much of the history, and details of how the world functions I’ll have a much better idea of the nuances of the world when I get back to writing the story. Also, I’ll be developing a working blueprint and outline for the accompanying video game once I sell the book and then the film rights.  Here’s hoping, right? 🙂

Here’s a first glance at the world of An’Yatra: 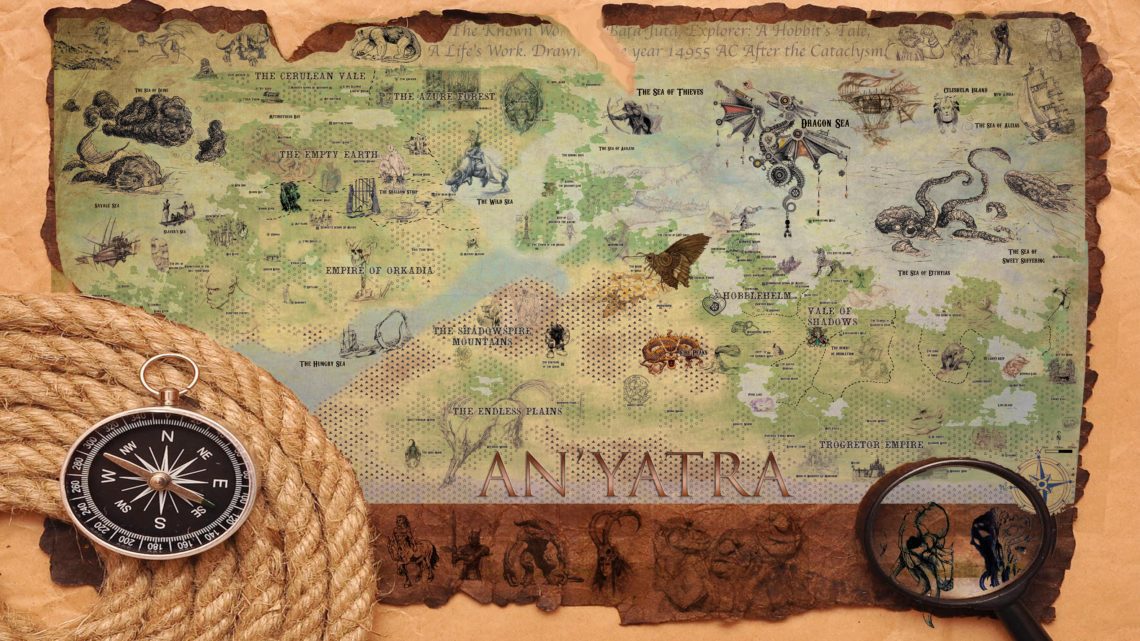 You can check out the full (8mb) resolution file of the map here.

With a history of 15,000 years since an advanced civilization collapsed due to a nuclear apocalypse established, a lot of interesting tidbits were clarified. The main gist of the world remains “1000 years after Lord of the Rings – style fantasy world where the Orks won” and with an examination of how good endures in little ways, and how evil scratches its ass when no one is looking and marathons Netflix when the good guys are all defeated. All this world building is setting a stage for an outsider to bring the reader/player along on a fantastic colorful, magical journey where he can try to fix both his problems and potentially some of the worlds as well.

An’yatra has been in a period of dark ages for much of this new 15,000-year history with small notable exceptions, and one of them is the technological expertise retained from the Hobbits of Hobbleheim. Close to 100 years ago (from the 35 BE opening), a legendary explorer compiled his travels and maps into a document that shows the known world as he experienced them. Some important institutions are absent: the order that maintains knowledge against the darkness is not on the map, and while the location for the “Island of the Gods” (an untouched remote Island that was not blasted back to the stone ages) is listed, it is not detailed. There are good reasons for both of these omissions. Most of the world is under the control of the Ork-Troll alliance. Hobbleheim is a protectorate due to its wheelings and dealings to support the empire with technological exports. The Elven communities in the North are fiercely independent, and the Dwarves and Men eke out a living technically in Trogetor territory, expanding in the fringes due to collapsing central authority.

North of Orkadia is a crowded ghetto of slave and servant races in radiated areas that serve as a buffer between the Empire and the dark elves and beasts of the Empty Earth, leaving the Cerulean Vale and Azure Forest kingdoms of Elves as essentially another planet – removed politically, geographically and with significant deterrents between them and Orkadia.

The map itself is full of imagery, some obvious, some symbolic, some mysterious but all significant to the hero in some fashion. This map is meant to be a Hobbit-centric relic of adventure that is close to a century out of date but is the best working document they have of the mysterious world.

It is designed as an internal document (not for print) and would be replicated by an artist for publication use.