This page is being developed but will be a catch-all place to list links to stories, books, collections where you can find my fiction, non-fiction, and everything that falls in between.

I’ll make a little list, by category, and hope to elaborate on it soon.

what began as a memoir, and a goodbye,

became a story of triumph against the virus,

and a lighthouse in the storm.

“Although not a traditional authority of any kind Kai proved to be an essential source of sanity and safety during the onset of the COVID-19 pandemic. He truly is a warrior poet.” – Dylan Lane (ill Gates), bass music superstar

“A fantastic piece of writing. As a virus fanatic, I find this a fascinating and horrifying breakdown that is as gripping as the best mystery novel and scary as the worst-case apocalyptic sci-fi thriller. My curious hunger fuelled by burning interest and chilling horror cannot stop reading every word, turning every page.” – Rhett Morita, actor, director and virus fanatic

“Jorah Kai is the canary in the coal mine. His notes from beyond the start of this pandemic should serve as a roadmap for how to survive what it looks like we are all, sadly, going to go through.” – Andrew ‘Myagi’ Mavor, legendary dance music producer

“Kai’s writing is very interesting. Both the setting, a dystopian (yet nonfiction) future, and how the western world is watching (it) and reacting poorly. I like the pollution decreases, the contemplation on who wins in things like this, and who loses. There’s a hysteria – meritable or not, but the insight is thought-provoking.” – Ky-Lee Hanson, Author, and Publisher, Golden Brick Road Publishing House

My name is Jorah Kai, and I was born in the year of the earth goat. I’ve traveled around, spreading mirth and revelry since I was a wee lad, a merry bard. My band, The Root Sellers, headlined festivals, played Olympics, and produced albums around the world, breathing fire and breaking hearts for two decades. I was a full-time detective in a mythical part-time city, solving existential mysteries for lost and weary travelers. You may have heard of me.

One day I disappeared and wandered until I found misty mountains that shrouded the ancient Chinese city of Ba with a civilization along the mighty Jialiang and Yangtze rivers that stretches back 15,000 years. Today, it is called Chongqing. I am a married man, a teacher, and a humble writer, happily obscure, until a virus smaller than a . stopped the world in its tracks.

On the first day of the year of the metal rat, the beginning of a novel 60-year cycle, everything changed. Wuhan, a city the size of New York or London, was locked down in a failed attempt to control the spread of a deadly virus. The quarantine grew, but the virus, full of creeping, cosmic horror escaped and spread across the world. It used us as carriers for an invisible alien attack.

This is the story of the first two months of COVID-19, as I learned, day by day, what it was and what it could do. I tried to warn you it was coming, and some prepared, but many did not. This is the story of how Chongqing stood tall when other cities fell.

This is not how the story ends, but this is how it began.

Non-Fiction, Memoir, Comedy
A long reflection of the pandemic that crippled our world and the great inequities and issues it magnified, our challenges to meet climate catastrophe, and the agility we will require to triumph against our laundry list of self made woes.

Non-Fiction, Memoir, Comedy
A humorous collection of short stories about a life spent frivolously, making enemies with the grace of a trained vaudevillian.

Solarpunk: An optimist’s guide to the apocalypse (Non Fiction, 2025)

Non-Fiction, Memoir, Comedy
A history of how we got to the brink of climate collapse, and how we might fix it and live to explore the stars.

Amor Fati, Illuminaughti, and The Legend of the Crystal Skull (Novel, TBD)

Non-Fiction, Memoir
A stout text, at 88 chapters this is the unabridged and unapologetic tale of a boy who fell from the frying pan into the fire and then managed to make something rather interesting of his circumstances thereafter. 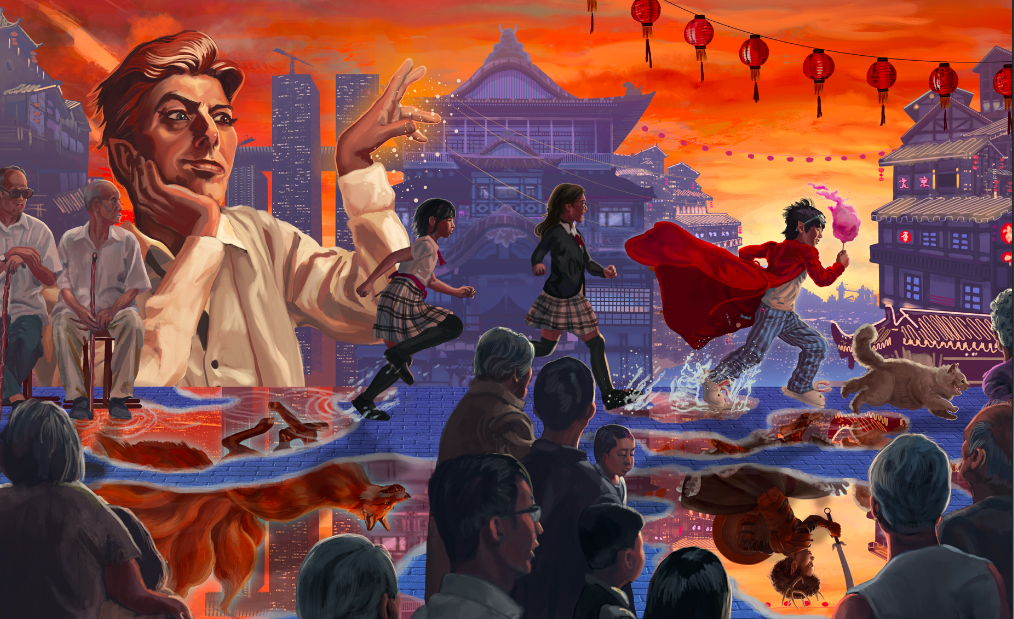 Brief Synopsis: Amos is devastated when he’s forced to live with his estranged grandmother in an unknown, rural environment in a jungle village of China. The strange environment leads to an even stranger journey into a magical world where his cunning and ingenuity are his only weapons against terrible foes but will grant him amazing abilities to become the hero he needs to be.

Where the Wicked Rest (Paranormal/Horror/Thriller Novel, 2023)

Thriller, Suspense, Fantasy
Synopsis: When a Chinese college student goes missing abroad, no one seems to notice except her Chinese family and adopted father, a foreign teacher with a mysterious past. When the trail goes cold, with scant hope to recover her from the grasp of highly dangerous human traffickers, her family must embrace his complicated past to save her from a fate arguably worse than death. 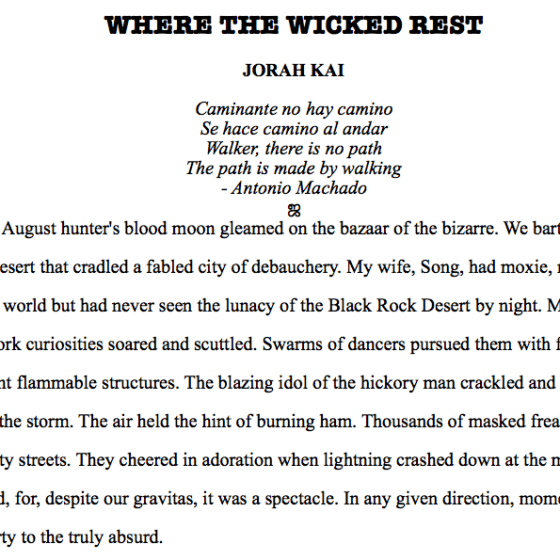 The Kindness of Idiots (Novel, TBD)

The Wisdom of Fools (Novel, TBD)

The Luck of the Dead (Novel, TBD)

A collection of absurdities and barbs towards a culture obsessed with pop culture and media.