“The earth is a fine place and worth fighting for.” —Ernest Hemingway

“From the perspective of the early 21st century, things look pretty grim. A deadly cocktail of crises engulfs the people of planet Earth and all other forms of biotic life which share it: a geopolitical crisis, an economic crisis, and a worsening ecological crisis due to global warming, which stems from a political-economic system that requires fossil fuels to power its technostructure.

Culture, having as it does a symbiotic relationship with material conditions, reflects a lot of these crises in fiction and the arts. The 2000s and 2010s were replete with apocalyptic imagery of a future ravaged by war, totalitarianism, runaway weapons technology, killer viruses, zombies, and environmental collapse. Not that such narratives are unneeded. At best, they can serve as a wake-up call for those caught up in the myth that we had reached the “end of history” with the fall of the Berlin Wall and the triumph of capitalism on a planetary scale. But if they remain the primary vision our globalized culture has of the potential future, they can end up reproducing the pervasive cynicism and despair which makes all crises seem inescapable.
This is why solarpunk is of value.” – Solarpunk Anarchists.

Solarpunk or 太阳朋克, (sun punk in Chinese) is a science fiction literary subgenre and art movement that envisions how the future might look if humanity succeeded in solving major contemporary challenges with an emphasis on sustainability, human impact on the environment, and addressing climate change and pollution. Especially as a subgenre, it is aligned with cyberpunk derivatives, and may borrow elements from utopian and fantasy genres.

As an art movement, solarpunk emerged in the 2010s as a reaction to the prevalence of bleak post-apocalyptic and dystopian media alongside an increased awareness of social injustices, impacts of climate change, and inextricable economic inequality. Solarpunk emerged as creators and their followers sought alternatives to consequential dystopic futures that were pragmatic and did not rely on mysterious “black box” technology. The genre became better defined through online communities that shared content and discussions on media platforms and dedicated websites. Solarpunk has been applied to a multitude of media such as literature, fine arts, architecture, fashion, music, tattoos, and video games. In literature, numerous previously published novels have been identified as being solarpunk, including Ursula K. Le Guin‘s The Dispossessed, Ernest Callenbach‘s Ecotopia, Cory Doctorow‘s Walkaway, and numerous works by Kim Stanley Robinson. The first works written purposefully in the solarpunk genre were short stories collected in anthologies and later in novellas and novels, such as Becky Chambers‘s A Psalm for the Wild-Built and A Prayer for the Crown-Shy.

Contrasted to cyberpunk’s use of a dark aesthetic with characters marginalized or subsumed by technology in settings that illustrate artificial and domineering, constructed environments, solarpunk uses settings where technology enables humanity to sustainably co-exist with its environment alongside Art Nouveau-influenced aesthetics that convey feelings of cleanliness, abundance, and equability. Although solarpunk is concerned with technology, it also embraces low-tech ways of living sustainably such as gardening, permaculture, regenerative design,[1] tool libraries, maker spaces, open-source, positive psychology, metacognition, and do-it-yourself ethics. Its themes may reflect on environmental philosophy such as bright green environmentalism, deep ecology, social ecology, and ecomodernism, as well as punk ideologies such as anarchism, anti-consumerism, anti-authoritarianism, anti-capitalism, civil rights, commoning, and decentralization. What happens when you take an almost-famous D&D dungeon master with a history of headlining major music festivals and breathing fire in the circus and send him to a mountain in China to sit alone with his own thoughts? A new epic solarpunk fantasy novel, somewhere between a 'Chinese Rock 'N Roll Harry Potter' and a 'Darker Alice in Wonderland.'

Finding time can be difficult in today’s hypermodern world. Making time, however, can be magick.

In 2038, in the SOLARPUNK futuristic city of Chongqing, a dangerous story gets told that threatens our entire multiverse. The world’s spiciest ice cream, a trip to Chongqing’s rural countryside, & a strange collection of curious belongings begin this unforgettable tale that mixes Solar Punk science fiction and high fantasy for a thrilling modern fairytale about a boy who risks his soul to chase a 9-tail fox into the dreamlands for the adventure of a lifetime and the chance to save his family.

"I absolutely adore Amos. Like Harry Potter meets Lord of the Rings." @book_st_gram

"Once it got me turning the pages, I simply couldn't stop. For me, that was the theme of Taoist thought, which gets me every time I encounter it in the wild. It is so beautiful -- and here it is, like finding grass growing from glass. For other readers, the element that snags and pulls the imagination into this story might be one of a hundred others. That's kind of this book's magic…" - @Donasbooks

"The end left me gasping for the next installment," - Richard Devall, Vine Voice

Order Now!
About the Book

Amos, a puckish 12-year-old boy who hides his insecurities behind a mask of mischief, dons strange artifacts he uncovers from his father’s childhood bedroom. A peculiar power pulses through his body as he slips into a world of magic and monsters, where the dangerous-amber-eyed huli jing—a nine-tailed fox spirit—draws him out, steals his soul, and poisons his grandpa.

Against all odds, Amos chases the fox into the dreamland, where he meets friends and foes along the way on a perilous and fantastic journey to recover his soul before all is lost. A spine-tingling adventure full of imaginative characters and dazzling creatures, Amos the Amazing will delight adults, teens, and anyone who dares peer beyond the shadows. "Amos the Amazing makes me feel the unique charm that blends Eastern and Western cultures in a mysterious world of whimsy, full of wild imagination and unforgettable characters. I believe that children will love it."
– 停云 Xiao HuaHua, Senior MG/YA Editor, CQPG (Publisher of Massive Sci-Fi Bestseller "The Three-Body Problem") “Amos the Amazing is a highly imaginative and action-packed coming-of-age story with well-choreographed fight scenes... which Jorah Kai accomplishes with finesse! I highly recommend this book to readers of all ages who enjoy books like Harry Potter or the Percy Jackson series. If you are ready for adventure and enjoy exploring new fantastical worlds safely from home, this one is for you. I give it a hearty five stars!”
– Donna Sundblad, Author of Dragonborn “Amos the Amazing is a bedazzling and delightful adventure through a world of wonderment and imagination, full of colorful characters, layered historical depth, and cultural splendor—a recipe for pure literary amazement! It's sure to become an international classic."
– Garrett H Jones, Author and Publisher @ More Publishing 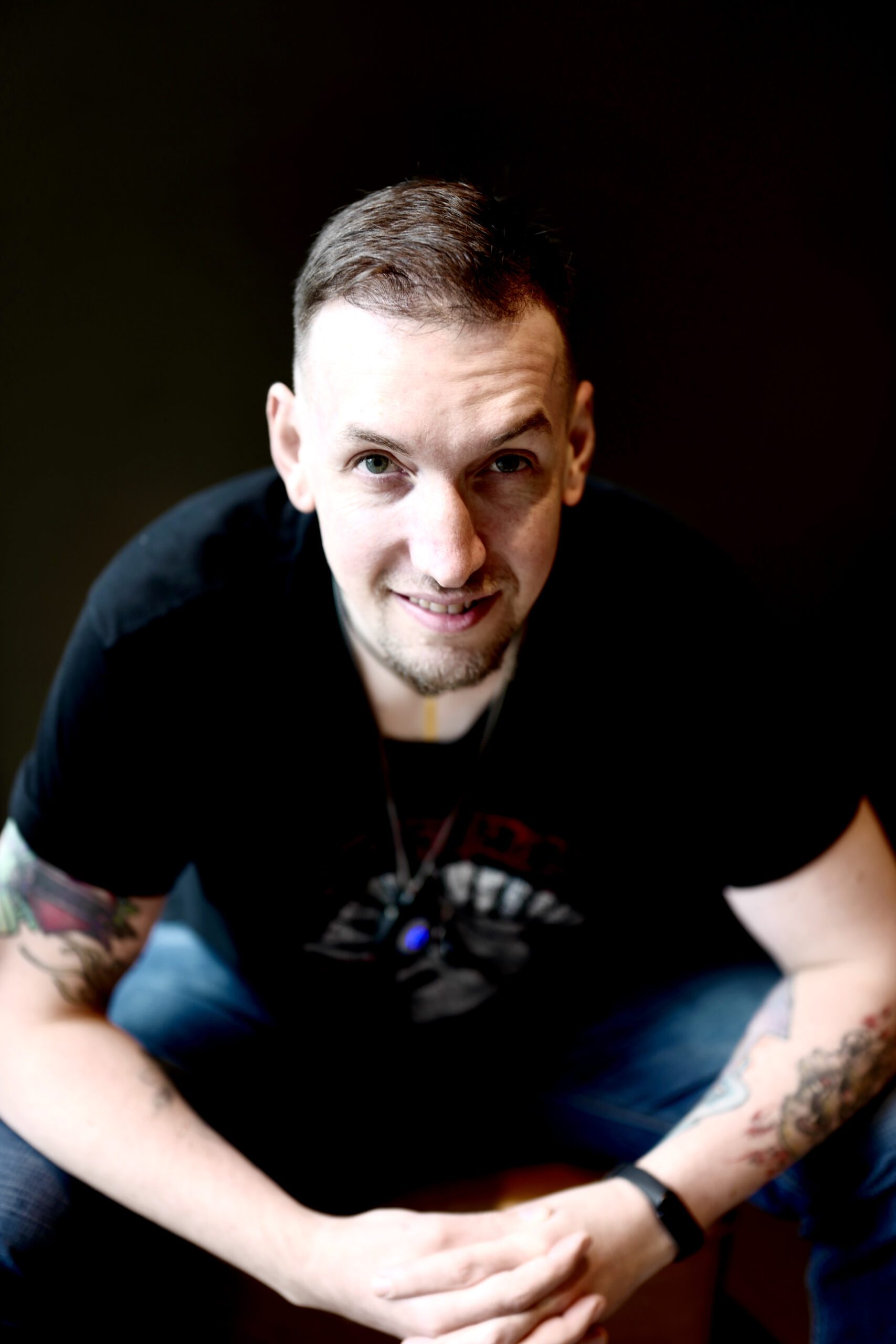 Someone once told Jorah Kai to write what he knew, but since he was 12 and knew very little, the avid reader set off on a lifelong journey to master a variety of esoteric lore. He’s been a lifelong student, martial artist, musician, English teacher, writer, newspaper columnist, editor, web designer, dance music producer and touring DJ, black rock city existential detective and philosopher, fire-breathing gypsy circus performer, standup comedian, and family man; which offered many profound insights into the human condition before uprooting his life and moving to a city of 34 million people halfway across the planet.

Kai enjoys conversing in foreign languages because it’s more mysterious, and he enjoys playing guitar and eating pizza as much as he hopes you love this book. He lives at the confluence of two mighty rivers, the Yangtze and the Jialing, with a large and loving family for many years as a human being and then forever after as the most immortal of all supernatural beasts, a writer.

Preview
View Book Sample
Disclosure of Material Connection: Some of the links in the page above are "affiliate links." This means if you click on the link and purchase the item, I will receive an affiliate commission. I am disclosing this in accordance with the Federal Trade Commission's 16 CFR, Part 255: "Guides Concerning the Use of Endorsements and Testimonials in Advertising."
Close Menu