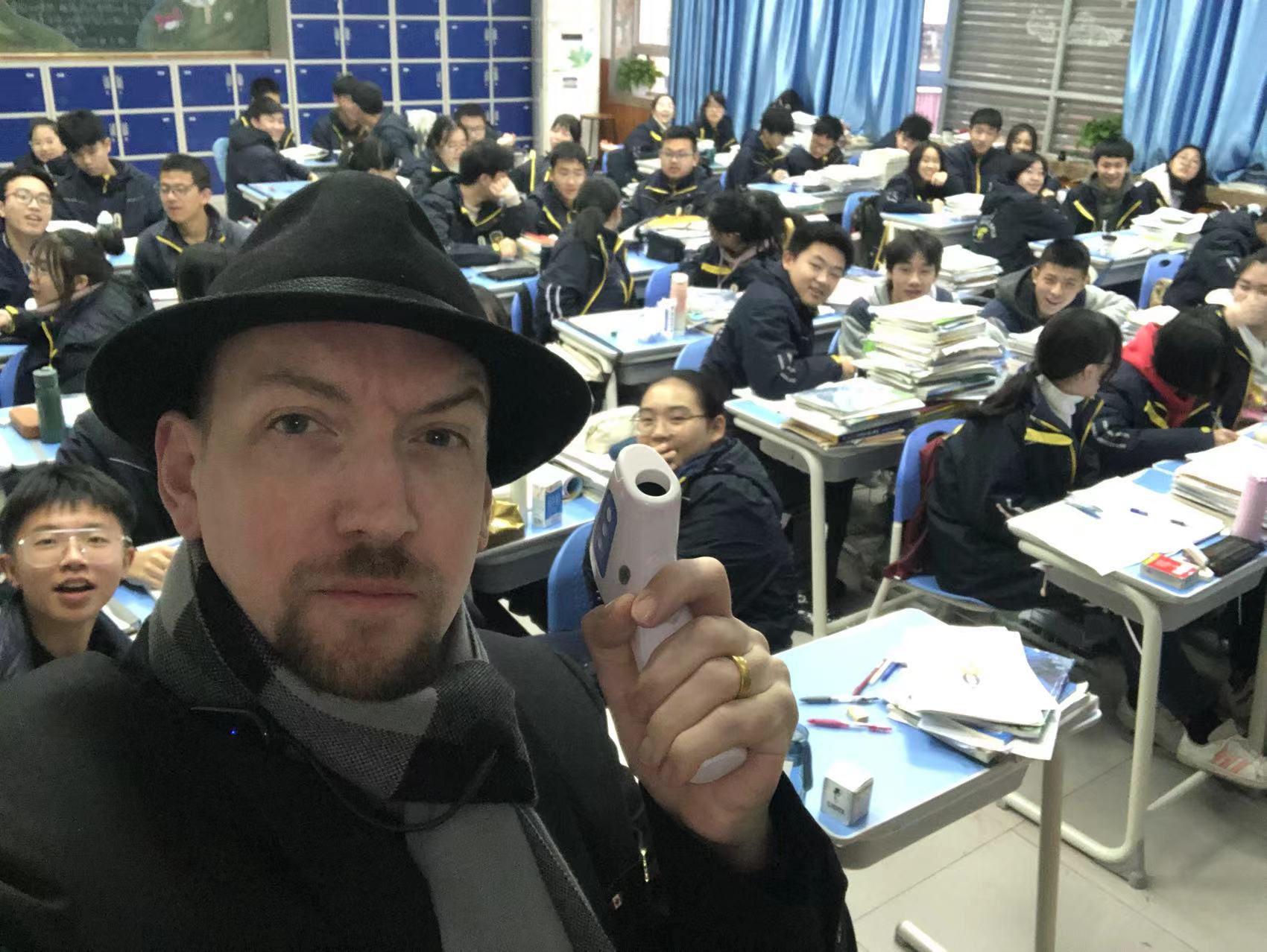 It’s been about two weeks since we heard Omicron, the newest COVID-19/SARSCOV2 variant of concern is primed to take over the world. Today’s blog will be so optimistic, it might sound like heresy, and I’m not encouraging anyone to be less vigilant, but, I hope that the South African news on Omicron is good news worldwide. We’re almost two years into pandemic/post-pandemic life, and the data might actually be some good news- but we can’t say for certain yet. Showing the restraint that years of prolonged stress can produce in terms of maturity, I’ve waited to weigh in. The original reason I began sharing my diary to light signal fires of a coming pandemic – isn’t an issue this time, as every scientist and doctor on the planet and the leading health authorities are tuned into the issue – almost to a fault. I mean, of course, that it’s been panic and chaos on global TV for the past two weeks even though early studies of Varient – O show some surprisingly good news, at least locally in South Africa.

Trevor Noah took some heat from the New York Post and other media online this week for questioning if a big pharma executive who stands to make billions of dollars off the next round of shots is the authority we should take advice from, that is, that it’s quite motivated on their own wellbeing rather than the more neutral advice we’d hope to get from governments. If you know me, I’m 100% pro-vax – and it’s now been six months since I got my last COVID jab of Chinese Sinopharm, which means I can go in this week for a booster shot, and I will. But that said, I respect Trevor wanting to discuss, from a critical thinking point of view,  the need for Omicron-specific vaccine production in a rational sense. He got blasted for being anti-capitalist and anti-vax, but I don’t believe that’s fair, and being tuned into his home country of South Africa and its forecast for Omicron, he’s bringing up some good points. It’s been two weeks, and we’ve learned some things.

For one, we know Omicron is very contagious. A recent study places the R0 at 0.3 a day, saying a cycle can be as quick as three days. A total reproductive rate of R4, meaning, on average, each person will spread it to 4 others, so that in 3 days, one infected will be 4, in 6 days from the first contact, 4×4=16 people, nine days after that first case lands we’re looking at 64 cases, and 12 days after the first landing, 256 cases, 15 days or two weeks later, we’re at 1,024 cases, 4,096 by day 18, 16,384 by day 21, 65,536 by day 24. You get the idea. Researchers at Harvard Medical School now say the omicron variant, not delta, is likely fueling the current surge in Covid-19 cases in the northeastern U.S., and the news is full of fear and war drums for winter and holiday restrictions, and many governments are alarmed. Only minimal mentions are made in an hour-long Canadian national news coverage to the South African studies that show compared to Delta, Omicron seems to be quite mild in pathogenicity. In early December, Japan and Israel were the first to close borders to non-citizens. America cut travel to and from 9 African countries and the UK. Is discussing a state of emergency over the winter.  We know already that it is much more contagious than Delta, with twice as many members in infected households likely to pick up the virus even using fairly vigilant containment, masks, hand washing, isolation, and quarantine procedures. That’s the bad news.

The good news, so far, is pretty good, though. This is what Trevor was picking up on in his monologue. Compared with close to 100% oxygenation rate for previous waves of COVID-19, only about 10% of patients in hospitals in South Africa require oxygen so far and are already being given late-stage treatments (such as steroids to combat the post disease opportunistic infections and acute respiratory distress syndrome, that can creep in) that indicates the professionals in South Africa feel the disease has hit the late-stage and hopefully, has no tricks up its sleeve. The average hospitalization stay has been reduced by more than 50% from Delta, from 8-10 days to 2-3 days in South Africa so far. That is to say, so far, this variant seems incredibly mild.

Also interesting to note, that compared to previous “hub cities” and epicenters, such as Wuhan, Lombardy Italy, New York, Brazil, and India, a fair amount of those hospitalized in SA was picked up by chance– in a car crash, for example, and only a small percentage seem to be very ill so far. We don’t know for sure, but early studies seem to show that South Africa is handling this well. However, they are in summer, and they are a young population with a low vaccination rate and relatively high rate of HIV and comorbidity. Most of their immunity is natural. How highly vaccinated, winter populations and older populations will deal with Omicron remains to be seen. Still, experts are quietly hopeful that its incredible virulence – Botswana went from basically 0% known cases of Omicron to 90% dominance over Delta in 2 weeks — show it will soon, by early 2022, be the global dominant strain.  But if it can also have low pathogenicity, that is to say, be more ‘flu-like’ than deadly, this could be the final and muted strain of the pandemic and signal a return to everyday life.  We are hopeful, anyway.

It could have just as easily been like MERS, with a 40% fatality rate and as contagious as Omicron, and we would have a very different outlook. That would be a truly horrible situation – and we must race to vaccinate the globe to avoid that from happening fully. Statistically, what we see in South Africa will probably follow in the UK and USA, and Canada in 2-4 weeks, so we will know for certain what Omicron will be like by the new year, but again, South African experts are quietly hopeful. While COVID-Omicron is beginning to sweep Canada and the US the latest is that it’s already the dominant variant in the UK, and deaths are starting to drop. We are also hopeful that Omicron will sweep away Delta rather than nest on top of it. We will know by early in the new year for sure.

I remember when I first brought my readers the doom and gloom of an oncoming pandemic to look forward to. I hope this good news that we might be near the end will be better received.  That said, even with a mild effect, it is escaping vaccines and boosters will likely help control the spread and mutation of future, possibly much deadlier variants, and prepare a healthy terrain, such as a good diet, exercise, rest, healthy levels of Zinc and Vitamin D are very important for many diseases, including SARSCOV-2/COVID-19 positive outcomes.

The news is just reporting the first case of Omicron variant in a patient in Tianjin who returned from overseas last week. They’re reported as an asymptomatic carrier and are in quarantine. Zhejiang remains the focus of the latest outbreak (Delta).

A few days ago, China authorized a new drug to fight COVID using monoclonal antibodies that would attack the virus’ ability to replicate by damaging the receptors that cling to our bodies ACE2 – making it difficult or impossible to replicate the virus and spread to infect other people or us. This is also excellent news since Omicron has dozens of mutations that allow it to spread more easily. This drug could be instrumental in crippling SARSCOV2’s replication systems even as the more contagious Omicron strain overtakes other older strains for dominance. I hope after two years that we are seeing the light at the end of the tunnel, but only time will tell. For now, we’re locked into the roller coaster and can only scream and gasp as it twists and turns.

According to research from Professor Niels Hoiby, when comparing vaccinations with mRNA vaccines in Denmark, a country that aspirates the needles, and Norway, a country that doesn’t, the difference in myocarditis and pericarditis is 2.4 X greater in Norway. In Denmark, there’s a 0.003% or 1 in 33,369 chance of this heart complication, versus in Norway, a 0.0073% or one in 13,743 chance. The world needs to take note, and aspirate vaccines to reduce the chance of complications quite substantially.

I did a live stream regarding China’s COVID policy. It was a good chat with Twiggy, who was in NYC when the crisis hit, and UK Youtuber Alex Absolute. It’s about an hour long. Here’s a link:

My mom had her birthday last week, and I was delighted she got to get out and enjoy time with friends, have a music lesson, get a cake and enjoy herself- last year’s birthday plans got canceled at the last minute.

I hope I can visit Canada again soon or have my family come to China to visit me here. I hope sooner than later we can.

My blog site theinvisiblewar – which hosted hundreds of blogs from friends around the world throughout the pandemic was hacked and compromised. I may just let it go, perhaps, despite being a very good, very apt title for my diary, the name is just too aggressive for this world. will consider rehosting the old blogs on my jorahkai.com site, or publishing them for posterity on Amazon, under the title Year of the Rat. Will give it some thought,  see where the wind blows.

After 14 weeks doing a beta reading novel study of my Amos the Amazing book with a local Chongqing University and their 2nd-year literature and cross-cultural translation students, I’m on my last week, preparing the ending, week 15 packet, to submit this Sunday. After that, I’ll take their extensive notes and feedback- which, amazingly, is overwhelmingly positive, and revise the 3rd Draft of Amos the Amazing into a 4th draft before giving it to another editor and, eventually, Chinese translators, and then pitch it to publishers. I would love to have it completed and on its’ way to release by June so that I could begin this ride again with Amos2 or another novel (I have a list of about 15 I’m working on, in various stages from finished drafts to sticky notes). It’s really a lovely way for a writer to spend their life, and I’m happy that, despite the twists and turns it took me to get here, to my happy, quiet place for writing on my hill in Chongqing, that I am here, and despite the global pandemic, I’m thriving.

If you have good food, good family and good friends, a roof over your head, and someone to love, be grateful. Life in the time of COVID can still be the best days of our life.