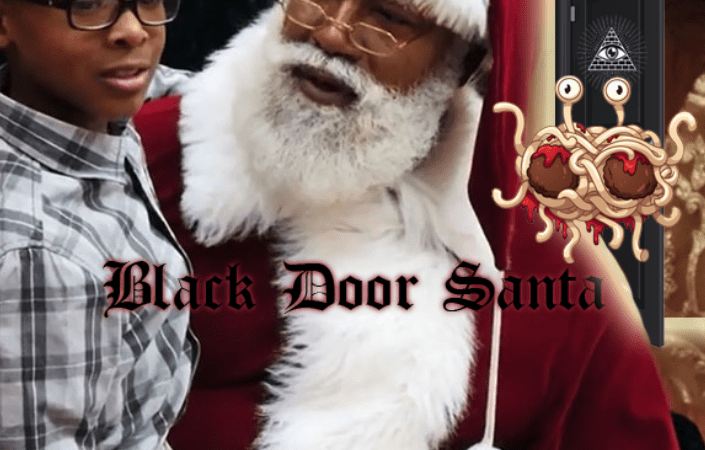 The Festivus for the Rest Of Us – Black Door Santa Mixtape

A party mixtape of classic Black Xmas Anthems – Mixed in China. Biggups to all the producers, both sampled and remixed who made this possible. I’ve brought it back out again because, well, I can’t imagine how I’d do it again differently. I hope you can enjoy it!

Enjoy the holidays, keep your family well fed and warm, and for XMAS this year, I’m going to tell you a story about why the only Santa you decorate the house with should be a black Santa.

Courtesy of an article I found on Rasta Livewire, here is a compelling argument I hope you find illuminaughting that comes full of love and good intentions.

Happy Holiday, love your fellow man, woman and non binary friends. <3 Feel free to reblog this because it goes without saying #BlackLivesMatter and of course #BlackSantaMatters too!

Santa Was A Black Man – Don’t believe the Hype

Santa Claus is a shortened form of San/Saint Nicholas. He is supposed to be this easy-go happy fat Nordic fellow (Pale skin man) from the North pole yelling ho..ho..ho.. and as he merrily brings the cheer of the Christmas season to all and sundry.

Who is the real Saint Nicholas?

Nicholas, was probably born during the third century in the village of Patara, in what is now the southern coast of Turkey. He was born of very wealthy ethnic black Anatolians of the ancient Roman Empire. He was one of those ancient and dominant black Muurs of Europe that you only fleetingly come across in today’s western history, because the Gothic Europeans would hide the true Muurish history in Europe.

Nicholas’ wealthy parents, died in an epidemic while Nicholas was still young. Being a devout Christian, he followed the words of Jesus to “sell what you own and give the money to the poor.”

Nicholas used his whole inheritance to assist the needy, the sick, and the suffering. He was made the Bishop of Myra while still a young man.

The high office of Nicholas at such a young age speaks to dominant role played by Muurish black Anatolians and Africans in creating the church as we know it today.

It is a historical fact that most of the early and very famous bishops of the church, who lived and gave their lives for the church were either Muurish Africans or Muurish diaspora. 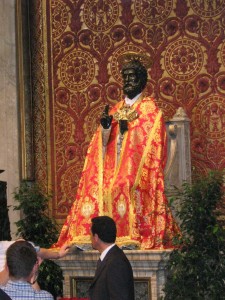 The Icon of Muurish Apostle of Christ St Peter

Saint Peter
The icon of Peter the first apostle depicted as a Muurish black man in Rome
Archbishop John Chrysostom, Pope Leo the Great 400-469 AD, Pope Mithilades, Bishops of Rome, Saint Peter the Bishop of Alexandria 300 – 311 AD and innumerable Saints and Matrys were all Muurish people of African descent.

Bishop Nicholas was known throughout the land for his generosity to the those in need, his love for children, and his concern for sailors and ships.

Under the Roman Emperor Diocletian, Bishop Nicholas suffered for his faith, was exiled and imprisoned.

After his release, Nicholas attended the Council of Nicaea in AD 325, where he worked with other early fathers of the church to establish the standardized christian doctrine of today.

The passing of the real Santa Claus

He died December 6, AD 343 in Myra and was buried in his cathedral church, where a unique relic, called manna, formed in his grave.

In the picture here that follows, one sees the funeral of St Nicholas. 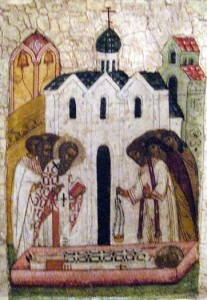 Funeral of Saint Nicholas
The discovery of this liquid substance, which was said to have healing powers, fostered the growth of devotion to Nicholas. The anniversary of his death became a day of celebration, St. Nicholas Day, December 6th (December 19 on the Julian Calendar).

Today, the western pagans descendants of Gothic and Slavic conquerors of Rome and Christianity have built up an idolatorous image of Odin, the god of the Goths and the Norsemen, and have passed it off as the real Saint Nicholas.

Modern joke of a Saint Nicholas or Santa Claus: 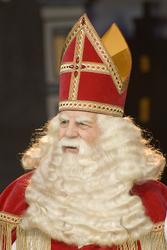 This image of the Gothic idol Odin, is what is passed off around the world as Santa Claus. But for those who have ears and eyes, Odin the pagan god of the Goths, had nothing to do with and nothing in common with the pious and devouted life of Saint Nicholas, the young, Muurish Bishop of Myra, one of the early fathers of the church.

Muurish St Nicholas
To know your history is to know thyself