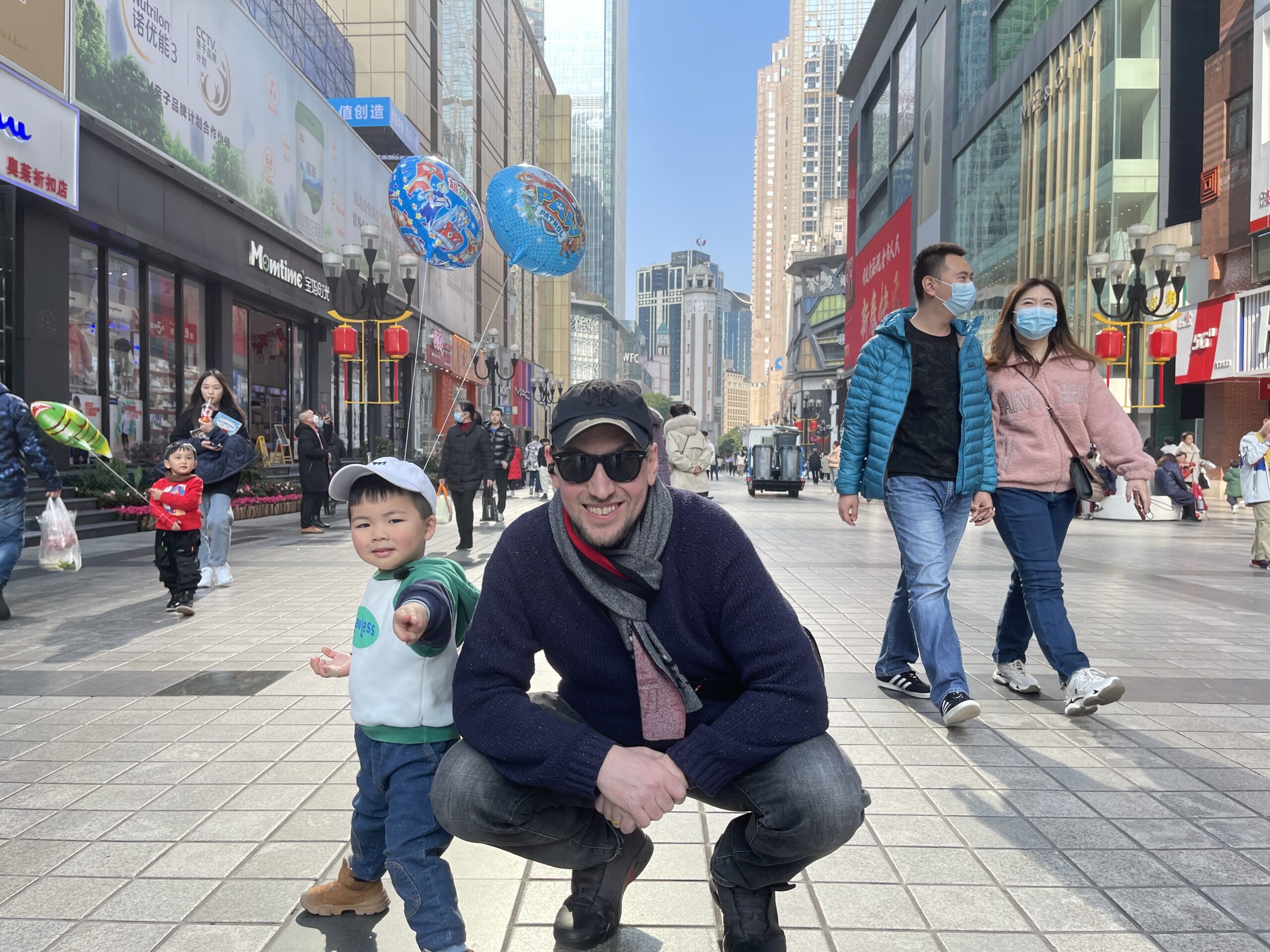 People are usually wrong, especially on the internet. Most of what people say is nonsense, unsubstantiated opinions, and highly disagreeable. In that, I am no different. My opinions are subject to experience, prejudice, and change. I tend to like people who are good to me, and I tend to dislike people who aren’t. That said, my time in China has been among the best of my life. It’s hard to believe that living somewhere is controversial. Still, as a staunch supporter of China’s Zero COVID policy since 2020, I’ve taken a lot of heat and spent a lot of time arguing on the internet, to the detriment of my marriage and family life. Strangely, outside of China, fighting COVID became political, masks, and vaccines partisan issues. Here, we just fought the pandemic for our mutual good and then got on with our lives. The wedge between life inside and outside China grows broader, but I still have hope we will be united again, and that I will see my family in Canada one day soon.

Believe it or not, I’ve been quiet for a month. As the year of the tiger, the water tiger or black tiger specifically, following the metal ox began, I contemplated how to be more like a tiger and successful in the year 2022. In doing so, I took a break from social media, blogging, and even writing to enjoy my life. I’m focussing on my family, health, reading, playing the ukulele, some games and just got offered the chance to edit a book on an ancient madman of a Chinese mountain poet. After that, I’ll be full guns blazing to get out my first fantasy novel, Amos the Amazing. It will take the eye of a tiger, but now is the time.

Tigers are strong, fierce, beautiful, and efficient hunters, sleek jungle cats. I’ve decided completely to stop wasting time arguing on the internet – and as a Canadian in China, it’s been a frustrating hobby lately to sign into western social media to say hi as western society is more polarized than ever.

I’ve been teaching culture as one way to understand the huge gaps between post-Covid China and the ongoing global crisis outside of mainland China. To understand, one can look at terms like individualism versus collectivism. Individualist countries like the USA, Canada, France, and Australia praise autonomy, self-sufficiency, and personal rights – perhaps an advantage for a budding artist whose family wants him to become a doctor but who feels no duty to anything but his own heart’s calling. Collectivist countries, such as China, India, or Japan, praise selflessness, putting the group’s needs ahead of our own and focussing on family, children, and old people being a priority. I can never forget the impression China made on me when I first arrived, nearly a decade ago, and how their focus on raising excellent, studious children and taking good care of their elders, a treasure in every family who often had close ties to grandchildren and gave parents more free time to work or play, just made so much more sense to me than whatever we did in the west, often leaving parents alone to raise the kids in a chaotic, stressful frenzy while our elders wander off alone, untethered and often lonely and absent at our tables. As I write this, I worry for my 92-year-old grandma, who’s lives through two years of a pandemic on her own, with only her Blue Jays baseball games and Senators hockey to keep her company, and I wish my Canadian family were more like my Chinese one, where emergencies would bring them together rather than exacerbate an already very removed and brittle society. But knowing I can’t change my home culture more than try to infuse it with a little of what I’ve learned of China, I have been quite as I stalk the grasslands. To be a tiger, one must be efficient, I imagine.

Speaking of efficiency, China hosted the 2022 Winter Olympics in Beijing at the height of an Omicron highly contagious spread, and it was a masterclass for the world on how to manage a pandemic and an Olympics, and it felt extremely normal in a time of chaos. That normality was inspirational and aspirational.
Perhaps it was the home team’s advantage and pride, but China did its best winter showing. Winter sports are not traditionally strong or popular in the often semi-tropical country, where very little snow falls except for the north, but this year they have become exciting new sports and tourism options, as an estimated 300 million in China take to winter sports.

Norway won the medal races with 37 medals 16 golds. ROC 32, with six golds. Germany came in 3rd with 27 medals and 12 golds. Canada got 26 medals with four golds, and the USA got 25 medals with eight golds. China got 15 medals, with nine golds, four silver, and two bronze, and some of those were very emotional moments for those of us watching in China. Multinational athlete Standford University student and model Gu AiLing won hearts when she left the USA to play for Team China and made history with two gold medals and a silver in skiing. Sui Wenjing and Han Cong won gold after winning silver in PyeongChang 2018 in figure skating pairs. 17-year-old Su Yiming won gold for snowboarding in routines that defied every law of physics in an awesome display of athletics. They didn’t beat Canada in hockey, but they did score an impressive pair of goals that show great promise for the future of China’s winter sports development. In the furnace of China, Chongqing, we rarely get snow, but this year we had our first athlete in the winter Olympics. Marathon skier Wang Qiang from Chongqing went to Beijing to represent the city of mountains and rivers! And we were proud. Without our seasoned NHL players due to COVID, Canada missed men’s hockey gold but won women’s hockey. Finland took the men’s gold over ROC this time around.
The real winner, I think, was the world who felt. A little bit normal for two weeks, and we got to see our best athletes competing in a great game, well-produced, and COVID-free. I can’t imagine that being the case anywhere else.

Their “Olympic bubble” caught hundreds of cases among athletes, coaches, and supporting staff but treated each once, isolating and caring for them until they were not contagious and allowed to rejoin the Olympic bubble. Mainland China’s COVID numbers remain very, very low– a few minor outbreaks, such as in Mongolia, but on the whole, most of us live and have lived very normally, stable lives with the collective effort of our anti-epidemic procedures. This comes as the rest of the world debates abandoning them altogether, and a month-long ‘Freedom Convoy has crippled Canada,’ a small minority of unvaccinated truckers, supported and funded by extremists in Canada and the US, who drove down to Ottawa, my hometown, and blocked the capital streets for weeks until police finally had enough and dragged them away, freezing bank accounts and arresting hundreds of them for public mischief and other crimes.

Xiaolin has started a new painting class, and she loves it. I’m thinking about getting an electric guitar. Xiaolin and I have played an hour a day of badminton, with nice weather coming and both indoor and outdoor courts available to use at the school. I got a new basketball and have been playing a bit, swimming and running and weights at the gym. Tigers are strong and lean, and I have a lot of work in that department. Lately, we’ve had a full table for game night, and it’s been really great to be able to relax with my international friends and enjoy some downtime.

Ethan began daycare last week. He didn’t cry once, he might have been born a dragon, but he also has the heart of a tiger. I’m so proud of him, and we have been spending as much time together as our busy schedules allow. I am so grateful for my family here. A couple of days ago the family arrived to pick up Ethan from kindergarten on his first parent-teacher night, and he was so happy he ran around hugging us all. He’s really the best baby.

In Canada, the interim Conservative leader Candice Bergen calls for the PM to put aside his ego and end mandates. But who suggested these mandates? Public health officials: doctors and scientists. So we have conservatives and truckers saying they’re smarter than scientists; if that isn’t Dunning–Kruger-palooza, I don’t know what is. As provinces relax mandates, it could lead to a tsunami of cases and a wave of deaths. Will they be accountable? The answer is no. If I was Trudeau, I’d make it clear: will you agree to be legally responsible for the results of this? Manslaughter and jail time if people die? I bet their bluster and outrage would fade if they had to actually become responsible for what they’re suggesting. Leave it to the science and the experts. I wish the whole world had handled COVID like China, and I’ve been planning my summer vacation back to Canada by now instead of waiting in perpetuity.

Friends have asked me to help them explain the difference between mainland China’s 0 covid strategies and how successful it’s been with the recent Omicron spike paralyzing Hong Kong hospitals and causing an unprecedented crisis there- even spilling over a few cases in nearby Shenzhen. All I can point to is the ideas of collectivism and individualism and say that even a small percentage of people with more western ideals of individual rights trumping the good of the group, of society, can cause incredible mayhem in a crisis like a pandemic. I hope they get it under control soon, tighten up, lockdown, work together and save lives.

The truckers in Canada have been silent as Russian troops have spent the weekend marching into Ukraine. Perhaps in light of war, their cries of freedom and oppression by being asked to wear a mask or get a vaccine that’s been overwhelmingly safe worldwide with billions of doses dispensed seem facile and childish, even to them, or perhaps locked up and denied bail, they are simply unable to tweet.

A picture posted on social media of a baby sleeping in a subway station in Kyiv, Ukraine, reminded me of the Chongqing Hot Pot bomb shelters that we fled to when Japanese bombers flew overhead. War is an ugly thing.  My heart aches for those suffering and those scared, and I am happy to be in a country like China that hates war, where we don’t have guns, and even the police are unarmed. I hope somehow that peace talks will prevail and that Russia will reverse its course before more lives are lost. As experts say Putin’s dreams of a quick and easy invasion evaporate, perhaps clear and rational minds, along with sanctions, blocked airspace, and a world crying out for peace, will prevail, and we can get back to working together to end the pandemic and tackle the existential threats of looming climate change together as one.