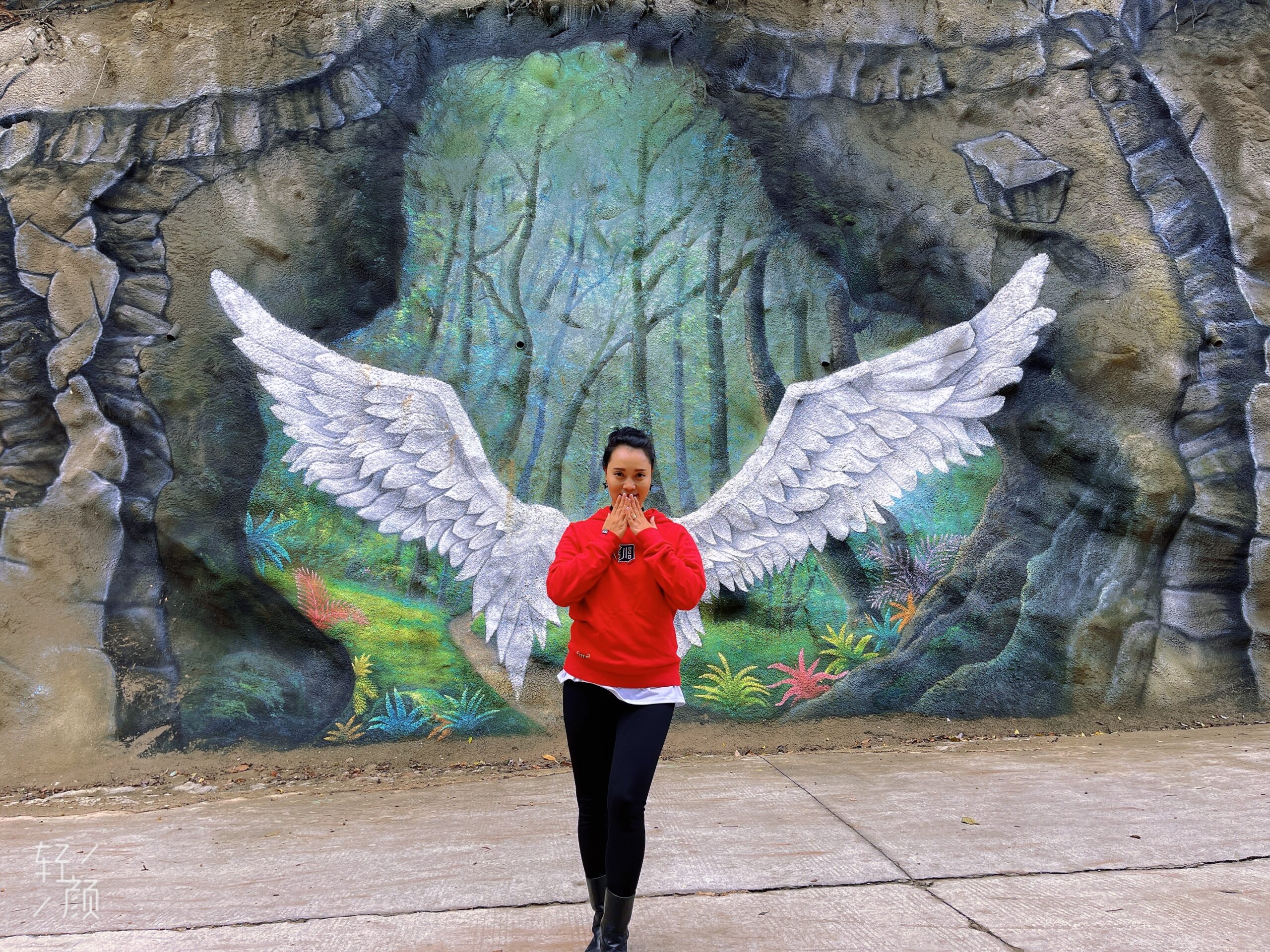 Meaning is ours to Discover

Pleasure and pain. The endless cycle between hard work and hedonism dominates our waking lives. Between stresses, inflation, and constant catastrophes, many find barely a moment to reflect upon life’s greater meanings. Before we know it, we’re old and our longest days are behind us. Somehow, others somehow nip the rat race and spend their days in quiet contemplation or focused on legacy building. The importance of life is within all of us to discover. YMMV.

What causes a jet to fall out of the sky? Last week, a major airline, China Eastern Airlines Boeing 737-800, crashed on a routine trip from Kunming to Guangdong, falling into a heavily wooded area. After an extensive search and rescue, all 132 people were declared dead. CCTV footage captured the descent, a near-vertical nosedive, and preliminary aviation experts, as well as the armchair aviators (a welcome change from junior virologists and apprentice war generals), weighed in that even with engine failure, that much positive momentum should have allowed for some level of glide and graceful descent, so why the nosedive? In life, why do wildly successful people implode as well? To make a metaphor out of a tragedy, it can happen to us all if we aren’t vigilant. Complacency is a cancer of the soul.

We may never know how that plane fell so suddenly, although the two recovered black boxes will hopefully give us some insight. In the limbo before knowing comes a space for reflection. Why do any of us nosedive? Ancient peoples believed in evil spirits and demons that would possess us. Still, a more pragmatic view might be that humans often seek short-term pleasure at the cost of long-term planning. That quest for gratification usually runs counterintuitive to our identity as intelligent or wise apes.

My work is going well, and my novel writing is a daily joy, but the gym is closed for COVID, and now the campus courts are restricted, and I’m finding it harder to move my body in a meaningful way – I must become more driven and more resourceful. However, diet and how I measure and consume my daily pleasures are the real culprits under the microscope. So, facing a looming health crisis and the realization I’ve used antibiotics too liberally to solve every sniffle and now must reset my gut biome and give an oil change to my body, I’m on a mission to find good health and fitness, lose some fat, and rebuild my body. I’m fighting an Invisible War, but my resolve is strong.

I’ve been eating nothing but bone broth for a couple of days as a cleanser, and while Dr. recommended, it’s not a walk in the park, but, like a stoic practice, I imagine how much more I will enjoy a cheese plate or pizza feast when I allow myself that pleasure one day down the road. It’s hard knowing that so many things I enjoy are not actually good for me and must be greatly moderated if I want to live anywhere close to 100.

It’s interesting to decide that it is not the steady stream of good decisions a person makes that often defines them, but the lapses and temporary poor ones, as out of ‘character’ as they may seem. The more we try to present ourselves as good and noble, the more our shadow selves work to unweave the order of our conscious will into chaos and disarray.

Ethan, the world’s cutest grandson, is always a source of inspiration and love to me.

Recently, some things have clicked for me to indicate that a life of convenience – tobacco allergies and exposure to cigarettes early on perpetuated a cycle of ear, nose, and throat infections as a child that often kept me out of school, on antibiotics, and nose-deep into a good book. The upside is a love of literature, stories, and a successful career as an educator and author. The downside was accepting my gut biome was so far out of whack that I needed an intervention across the board. So I’ve quit sugar, alcohol and bread, rice and pasta, cheese, and any foods that might contain antibiotics for a month. All the things I like are gone, and I’m left only with the grim and stoic determination that I can take my life and health back, one kimchi-filled pickled cinnamon-coated probiotic meal at a time. Gone are the sweet blueberry yogurts: the plain natural “icky” ones are on the way. It’s made me pause and realize that so many of life’s joys are unhealthy, and while a stoic, bitter, natural one might extend our lives, it can not prolong them indefinitely. But after a career as a festival DJ, music producer, and fire breathing, flirting, pleasure seeker, I find balance in extremes and always hope to pay enough penance that one day I may truly live the middle path.

It makes me wonder why we become so obsessed with the seeking of pleasure in the million varieties we find it, whether its a tub of ice cream, a spin at the slots table, in the bottom of a bottle, the ring of a cash register or in the silken comforts of bed, people seem driven to undo some childhood slight, an unstable upbringing or cascade of hurt feelings with comfort and self-medication. But what happens if we don’t?

A slap was heard around the world. Will Smith let his fragile feelings drive him to rush the stage and slap Comedian Chris Rock across the face, who was doing his job, making jokes, and who kept a smile on his face and a stoic attitude to what must have been a horrible experience, it’s an enlightening moment for all of us to consider.

‘A New Paradigm:’ The End of Celebrity?

“Our reality can no longer sustain the spectacle of the Oscars,” said comedian turned guru Russel Brand after the event, discussing the global fixation on this moment as it encroached upon the ‘festival of frivolous meaninglessness.’ We agree upon something: a paradigm is shifting. Russel brand calls glamor the seductive synthesis of meaning, as we try to drown out an eerie haunting echo that this doesn’t matter, that we’re singing in the backyard while our house burns down. “All of us are out there in the world, trying to suck up value from meaningless stuff.” While the world literally burns, we’re focussed on the whims of celebrities we don’t really know or honestly care about. I would add that we ignore the stuff that really matters. The illusion of glamor is falling apart because it needs to. It’s falling apart because we need to shift our focus to something more. I also thought as friendships broke apart in real-time, it might be worth reminding the internet of the Dave Chapelle controversy. Are comedians inviolate or not? I don’t think you can hate Dave Chapelle and root for Chris Rock at the same time. Both are doing their jobs, making jokes, but our reactions have become quite varied. Is this a fair question? If women with medical conditions are fair for teasing, but trans women aren’t, I’m still confused about where the line is and who put it there. That said, I feel sad for all parties. Jada, Will, and Chris all have trauma and took a hit this week, but I respect Chris’ ‘show must go on’ stoicism.

It’s interesting to debate on social media because many of my tactics, such as exaggeration, hyperbole, irony, and satire, aren’t understood by AI, meaning that often my profound or Socratic comments end up getting deleted, and I get a 3-7 day ban on posting and a 30-day semi-censorship where my posts aren’t seen by the majority of my network. This kind of censorship is annoying, and while I understand the need to not let dangerous or harmful views or information, bullying, etc., fly, it’s also wildly out of control. I was recently banned for a week on Facebook for suggesting, in a Burning Man festival group, where thousands gather in the desert to burn a giant effigy of a man, that they should Burn the Man, and it was flagged as a potentially harmful/violent post. I appealed to the human group moderators, but it was not overturned. The idea that I have more free speech to rant and blog in my column in “state-sponsored Chinese media” (thrown about as a barb in the West, who privative all their industries and then wonder why we didn’t have a Canadian national lab to produce a COVID vaccine anymore, perhaps, having government supporting industries isn’t the socialist hellscape that capitalists sling it as) than I do on western social media is an irony that I enjoy, and I feel like it would give many western netizens pause for thought. How free is the freedom they “fight for?”

The beach house, an elusive writing retreat on our horizon, reminds us to work hard for a better tomorrow.

Shanghai had close to 6000 (5982) COVID daily cases yesterday, but the vast majority of them are asymptomatic. We’re waiting to see what this will do to COVID policy in China going forward, but for now, we’re still trying to take the 0 case approach and hoping we can do lockdowns, testing, and quarantine until we root it out.

Peace talks between Russia + Ukraine seem to be progressing. After reports that Ukraine is pushing back the Russian army away from Kyiv, Russia has declared in a show of good faith for the peace talks (and surely purely by coincidence) they’d reduce military activity around the capital. There is the potential for easing violence and the potential for long-term peace talks regarding the future of Crimea and the Donbas region.

I just hope to hear that the women and children have been able to crawl out of their subway stations, access warm food and fresh water and that the international community will help rebuild their shattered cities. Recently, China’s Ambassador to America, Qin Gang, mentioned that China supports citizens in a humanitarian effort. I am thankful that China is sending baby formula and supplies to the conflict rather than military assistance. I hope for more good news to come soon.

Jorah Kai has been writing about China, COVID, and the pandemic since he first entered a voluntary lockdown on January 22, 2020, and he hasn’t left the house much since.
His original CTV News Special Feature: https://www.ctvnews.ca/world/coronavirus-diary-life-inside-china-during-the-outbreak-1.4794140
Kai’s Diary, the first 60 days of COVID-19 (ebook and paperback), first and second edition: https://www.amazon.com/Kais-Diary-Canadians-COVID-19-Chongqing-ebook/dp/B08TLXVQQ1/